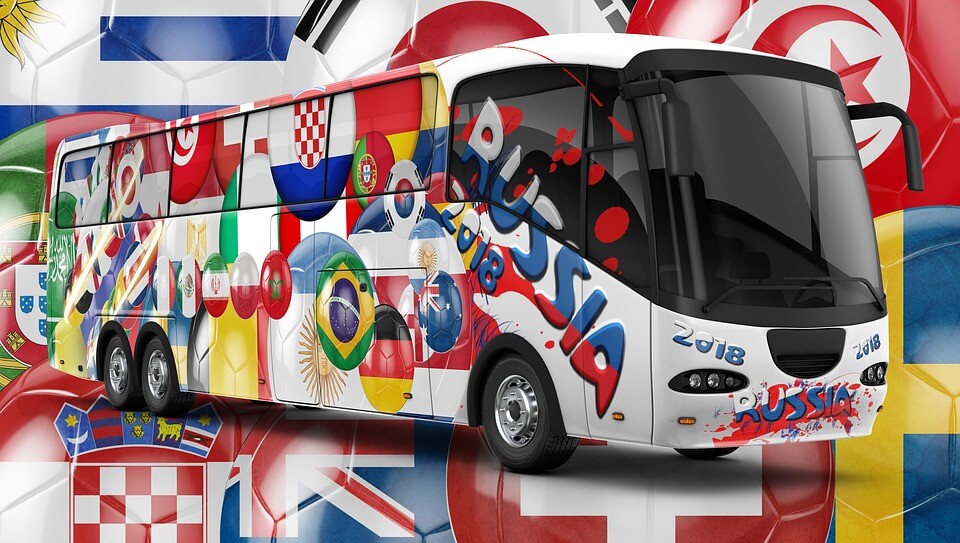 It is no secret that the fans are eagerly expecting the clash of the soccer titans that happens every four years. This year, the players will go up against one another in Russia. While many focus on the burning question of who it is that will come up on top and which team is the safest bet, rare are those who are just not interested and prefer to play bingo games with bingo-promo.codes. To help you imagine the future a bit better, we will take a gander at the venue. There are twelve stadiums that are going to be used in the World Cup, and here we will deal with three of them, discussing their history, architects and capacity. Luzhniki Stadium is located in the south-western part of Moscow. Its original name was Central Lenin Stadium. It was built in 450 days, completed and opened in 1956, and has since hosted many events, like the World Hockey Championship in 1957 and the Summer Olympic Games in 1980.

The original structural designers were, among others,  I. Rozhin, N. Ullas, and A. Khryakov. However, the people responsible for the renovation and the stadium’s new look are Gerkan, Marg & Partners, which is a German company.

The stadium has the capacity of 81 000, but has been known to host events with over 100 000 people attending. This is one of the two largest stadiums in Russia, the other being the Saint Petersburg Stadium.

Also known as Krestovsky Stadium (as it is based on the Krestovsky island), it can hold 67 000 people, and will be used the most during the World Cup, along with the Luzhniki Stadium. It has taken some time to build it, as the first deadline for opening the stadium was 2008, and its actual opening occurred nine years later.

The stadium was designed by Kisho Kurokawa, who, unfortunately, didn’t live to see its completion. It would do well for us to remember that Kurokawa was one of the founders of Metabolism, along with Kiyonori  Kikutake and Fumihiko Maki.

Kurokawa based the design of the Saint-Petersburg Stadium on his own previous work on the Toyota Stadium. The original Toyota Stadium can hold 45 000 people. This modified version, called ‘The Spaceship’, cost over $1 billion to make. This was one of the reasons for the delay in construction, as the city authorities were late with funding the project.

This stadium can be found in Sochi Park, in the city of Adler, and was designed by BuroHappold Engineering and Populous, an American company famous for focusing on planning the construction sports facilities.

It was made to host the 2014 Olympics and Paralympics. The design allows us to admire the scenery, as one can marvel the Black Sea from the upper deck and the mountains to the north. The roof was removed to comply with the FIFA requirements.

Its seating capacity is 40 000 people, though it is going to be expanded for the duration of the FIFA World Cup. One of the most remarkable things about the Fisht Olympic Stadium is that it is the only one that hosted the matches of the FIFA Confederations Cup in addition to Winter Olympics.