Born on June 8, 1867, in Wisconsin, Frank Lloyd Wright is a person known to each and every builder for his distinct style of architecture – the Prairie school. What separated this style from others was the fusion of building and organic structure, which was very different from the European style at the time. Wright died in 1959, leaving hundreds of buildings behind as his legacy. There are too many of his works to be explained here in great detail, but we have made a small selection we hope you appreciate. 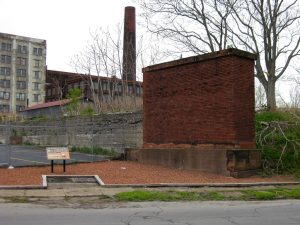 The Larkin Administration Building was made from red sandstone, whereas the skylight and windows were made of glass. The building was rectangular, with soundproofing and furniture designed by Wright as well. To soundproof the building and decorate the sculptures, Wright used magnesite.

The building was demolished in 1950, but its legacy lives on, as Wright used its design to make another one of his famous pieces – the Unity temple.

Wright wouldn’t have been much of a world-renowned architect if he hadn’t designed his own home. The building went through remodeling several times, but the original structure of Wright’s house wasn’t very large.

The sculptures around the house and Studio were designed by Wright’s good friend and associate – a sculptor by the name of Richard Bock. It is worth noting that Bock worked with Wright on many of his projects by creating sculptures, including the Unity temple, the Larkin Administration Building and Heller House.

The Home and Studio was declared a National Historic Landmark in 1976. You can find it in Oak Park, Illinois.

Considered to be as one of the most important works by Wright and his school, it was designed for a Buffalo businessman Darwin D. Martin, and built between 1903 and 1905. It is here that we can find the famous “Tree of Life” window – one of many artworks of Wright done with glass.

There are six buildings in the complex, all of which are connected. These include the Martin House, the Barton house, made for Martin’s sister and brother-in-law, a conservatory, a gardener’s cottage, which was not added until 1909,  a carriage and a pergola, rebuilt between 2004 and 2007.

As a nature lover, Frank Lloyd Wright absolutely despised Manhattan. He believed it to be a prison. Were it up to him, the museum would have been built outside the city.

There are two rotundas, the right one being much larger and more imposing. The idea was to experience the building only by moving through the right rotunda – you have to explore it to know what it’s about. The visitors see an open space, illuminated by the skylight.